So, last post I introduced the sub system and created the Grand Spells for Skerple’s Orthodox Wizard. So, I’ll now do the same for their Animist Wizards.

The caster gains a aura of existential power and dread. While this spell is active, they are immune to mind affecting magic. Everytime a creature gazes upon the caster or hears them, the caster can make that creature become afflicted with existential dread, as it becomes terribly aware of it’s own mortality and inevitable death. Afflicted creatures automatically fail all saves vs anything that effects their mind, as the existential dread undermines their sense of self and reality for as long as they’re afflicted.

Author’s Note: With this, you can turn a army into cowards with minds of putty, tear down a religion by shattering the faith of it’s highest leaders, and turn kings into fools who will beg for their lives in the face of your wrath. It’s effectively a Power Word Kill equivalent for social stuff, and you can do all kinds of things with it.

2. Grand Telekinetic Shove - Fall as Stars From the Sky

When you cast this spell, wave your hand infront of you. Any creature or object your hand covers 1/4th of it or more when you wave your hand, is a target if you wish it. Then, imagine a being or location within [sum] miles of you. That is the second target. Each target is banished from your sight, hurled through the sky as if they where a crimson star, landing within a mile radius of the second target. When they land, they take [dice]d6 damage, with a additional dice added for every mile traveled. If they hit someone, said someone also takes the damage.

Author’s Note: This basically lets you use a enemy army as artillery, which is aways cool. And the mental image of waving your hand, banishing a army so they fall as crimson stars across your enemy’s domain is just beautiful.

3. Grand Shrivel - All that Lives, Withers and Dies

R. Sight' T: As many creatures as you can see D: Permanent

Every target Saves with a penalty equal to [dice]. If they succeed, their Max HP is reduced by [sum + half the target’s max HP], to a minimum of 1, and all six of their stats are halved as they violently aged, appearing as if they where in the twilight of their life. If they fail the save, their stats and Max HP all become 1, as they are aged to the brink of death. If you invest 3 or more Dice, for the next [dice] minutes, every creature within [dice x 5]’ of a afflicted creature must save or suffer the spells effect, including this effect, starting when they first enter the target’s presence, then every minute afterwords if they do not leave.

Author’s Note: This basically renders whatever it hits a walking corpse. A single poke and they die. A army hit with this? Probably getting crushed to death under their own armor. The contagiousness let’s you cause all sorts of havoc depending on where you drop it.

4. Grand Control Water - Bend the Seas to Me

R: Sight’ T: All water you can see D: concentration

Cost: Doom of the Animist Wizard. The cost applies when concentration is broken.

Author’s Note: Remember how I said Grand Knock can part the seas? This can do that and more. On the coast, this is effectively a city killer if used well.

6. Charm Person - Forever Shall The Masses Listen to Me

The target instantly and completely trusts you as a authority figure, and as such will obey you. The first (10 - [dice]) times you break their trust, they get a save to be freed from the spell’s effects.

Author’s Note:  I was told this had a very fairy tale feeling to it what with the 6+ times a victim has to escape. I’m considering that a success then.

7. Grand Dream Eater - Feast Upon The Psyche Of The Wise

All sleeping creatures in range take damage equal to [sum] plus the modifiers of their INT, WIS, and CHA as you feast upon their mind, like maggots on a corpse. For every ten creatures killed by this, you gain 1 Max HP and live another year, and you gain the knowledge of all you slay with this spell, for you devoured their very minds. If you don’t know Grand Sleep when you learn this spell, you have a level-in-10 chance to learn it. The ghosts of those slain by this remember absolutely nothing about anything.

Author’s Note: This is a immortality spell let’s be honest. Also, it’s really effective on rival wizards and churches full of annoying clerics, as they tend to have higher mental stats.

The caster fires a massive beam of flame at the targets. The flames are a dark green and dance like oil. It deals no damage, instead everything hit must Save with a penalty equal to [dice + 2] or be sent straight to the fires of hell. It matters not what is in the beam’s path. Sinner or saint, king or peasant, the fires of hell hunger for the flesh of all.

Author’s Note: Yes this is a Disney reference, because that scene is awesome.

9. Grand Scry - None Shall Escape My Sight

R: Anywhere on the planet' T: One location/event you can name D: concentration + [dice] minutes

When you cast this spell, name a location or event. By doing so, you conjure a terrible demonic eye that watches the location with all the malice of your blackened heart. You become aware of everything going on there, down to people’s thoughts. In addition you can cast any spell you know as if you where there. You can also manifest a illusionary avatar there, and communicate to anyone and everyone there, either verbally or telepathically. When the spell ends, the demonic eye vanishes by melting into sticky black blood that rains over the target.

Cost: Doom of the Animist Wizard. The cost applies when concentration is broken.

Author’s Note: And this references the Eye of Sauron! And yes. You can cast Grand Spells through this.

10. Grand Alter Self - Ascend Beyond Your Earthly Shell

When you cast this spell, swallow the flesh of another creature. You permanently become a member of that creatures’ species, with a HD equal to your level + [dice - 1], with all the powers and instincts that entails, however you can also choose if you look like the ‘donor’ or not upon casting. Be cautious, many a wizard turned dragon or demon has completely lost themselves to the instincts of their new forms.

Author’s Note: If I ever play a Wizard who can cast this, I am using it to become a dragon. I never liked how DnD and such shy away from giving you the powers of stuff you shape-shift into, because that’s..  literally half the reason to do so in my opinion.

As you cast this spell, speak the true name of your target, and Doom them with all of your heart. For the spell’s duration they cannot die no matter what happens to them. Then, when the spell wares off.. they die completely and utterly. Every cell in their body turns off at once, a slow and painful moment that leads to silence. Their soul is shattered and flayed until nothing is left. All memory and record of them is purged from the world, and everything they have made, from children to nations, shall soon die alone, forgotten, and unloved. There will be no trace of them left in the world, for you have erased them.

Author’s Note: This isn’t limited to creatures. If this is used on a kingdom.. well brief moment of prosperity before the kingdom is wiped from the face of the earth and the memory of everything.

12. Grand Curse - Damnation Comes to All.

R: Sight T: Up to [dice] creatures or group of creatures D: permanent

Your target becomes cursed. Name [dice] horrible fates for them when you cast this spell, and it shall occur. To lift the curse, they must get sincere and genuine forgiveness for every wrong they have ever done, from the victims. If any of the targets die without lifting the curse, they go straight to hell. Dice used to cast this spell are automatically exhausted. You cannot dispel your own curses.

Author’s Note: Again. You can hit a kingdom with this. Or kingdoms even. I can totally imagine a player doing something crazy like turning a kingdom into vampires.. then making it so it’s always day in the kingdom. Really this lets you just bust out Old Testament curses on people if you feel like it.

The response to these by civilized society is always the same. A crusade to kill them. To kill them and whoever or whatever let them get so powerful in the first place. Why? Simple.

The Doom of a Animist Wizard turns them into a monster. A thing of hunger and want, yet still capable of wielding magic. When a Grand Animist succumbs to their Final Doom.. They become more then that.

They become a Demon. A thing of pollution and creeping entropy, who’s very presence ruins the world, which can wield terrible magic. All that was good in them, all that was them, has melted away, consumed by endless greed and power. A hollow hole in the world that can only be filled with death.

Perhaps they take the form of a beast made of purple smoke that stains the sky. A living river of corruption, dotted with hateful eyes.  Living darkness that consumes all light. Whatever it is, their flesh becomes curses and if left unchecked the world will suffer and decay. For it is a living calamity with no traces of who they once where. And as such, it‘s birth cannot be allowed to occur.. 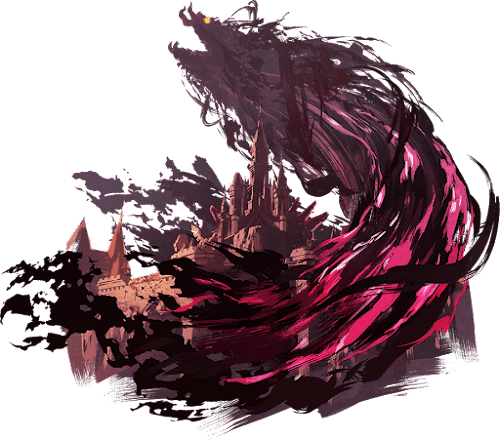 [This is the kind of Demon I mean, a living disaster that brings forth ruin.
Image belongs to Nintendo]

Arkos
Heya! I’m just a trans woman writing about the stuff she likes as I make my way through life.